Shop Fundraise for Animals The 2021 Hope Gala Become an Investigator ChooseVeg.com MICA
Veganism is a beautiful way to live. Every single day, vegans get to make simple choices that help countless animals, the environment, and our own health. Studies show practicing kindness is literally good for us, and that’s what becoming vegan is all about. But after being vegan for a long time, you may lose touch with why you went vegan in the first place.
Don’t get me wrong, I have no desire to eat meat, eggs, or dairy—not only because of the suffering farmed animals endure but also because I simply don’t need to. There are delicious vegan alternatives for all my favorite foods. I just learned how to make a vegan pizza that even my meat-eating roommates can enjoy, and I feel healthier than I’ve felt in years.
But I’m also the only person in my family who doesn’t eat animals, most of my friends eat animals with every meal, and eating out is a very different experience for me than it once was—especially when I go visit my loved ones in Missouri. So while I’m genuinely happy to be vegan, that doesn’t mean I don’t occasionally need to be reminded why I stopped eating animals.
If you can relate, here are just a few things to remember the next time someone asks you, “But where do you get your protein?
Going Vegan Cuts Your Carbon Footprint in Half
Animal agriculture produces more greenhouse gas emissions than all the cars, trains, planes, and other forms of transportation around the world combined. Plus, factory farming is responsible for 65 percent of all human-related emissions of nitrous oxide—a greenhouse gas with 296 times the global warming potential of carbon dioxide, which can stay in the atmosphere for 200 years. Studies show going vegan cuts your carbon footprint in half.
Meat Production Contributes to World Hunger

The link between meat consumption and world hunger is impossible to ignore. According to a 2012 study from McGill University and the University of Minnesota, humans produce enough grain to feed the world, but we choose to feed most of it to animals just so we can eat meat. As of 2012, 95 percent of oats produced in the U.S. and 80 percent of our corn was fed to farmed animals—yet in 2015, more than 6 million U.S. households reported extremely low food security. The U.S. could feed 800 million people with the grain we feed to farmed animals, a fact established in 1997.
Pigs Rival Human Toddlers in Intelligence
A 2015 study by researchers at Emory University discovered that pigs are smarter than dogs and can solve problems just as well as chimpanzees. Thanks to their excellent long-term memories, pigs also tend to be skilled at puzzles and certain video games. Pigs love to play and mock fight just like dogs, and they’re capable of learning from each other. Pigs have even shown that they feel empathy and can comprehend a simple symbolic language. IQ tests reveal that pigs are smarter than human toddlers, yet the average meat-eating American will eat 27 pigs in their lifetime. Be proud that you’re not one of those people.
Animal Agriculture Uses Trillions of Gallons of Water Annually 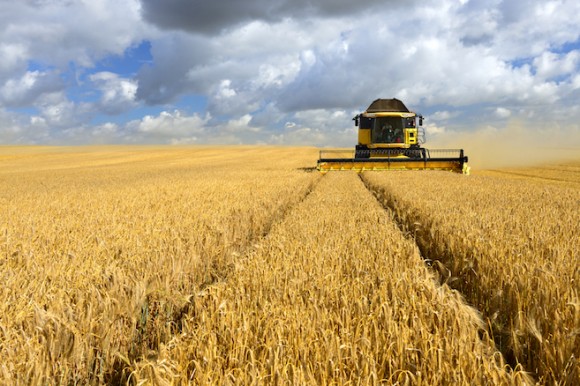 Animal agriculture is responsible for two-thirds of all fresh water consumption in the world today. One pound of beef requires 1,799 gallons of water to produce, a dozen eggs 636 gallons, and a gallon of cow’s milk a staggering 880 gallons. In an increasingly drought-stricken, warming world, this is a total waste.
Factory Farming Is Inherently Anti-female
If you’re a feminist, just how anti-female factory farming is will definitely remind you why you went vegan. The meat, dairy, and egg industries profit off female reproductive systems. These industries strip female farmed animals of their bodily autonomy. Factory farming also tears families apart. Billions of baby animals are separated from their mothers each year so we can drink their mothers’ milk instead.
Meat Is Gross
In 2013 the CDC reported that about 80 percent of antibiotics in the U.S. were given to animals raised for food—mostly to promote unnatural growth rates and prevent the spread of diseases. The CDC also estimates that at least 2 million infections from antibiotic-resistant bacteria occur every year, and the Center for Science in the Public Interest reports that 22 percent of these infections are linked to foodborne pathogens.
Cows Have Complex Inner Emotional Lives
Anyone who’s spent time with cows already knows how social and sensitive they are, but science backs this up. In 2011 we learned that cows actually have best friends within their herds and become stressed when separated. And according to “The Psychology of Cows, a peer-reviewed paper published in the journal Animal Behavior and Cognition in November 2017, cows can be pessimistic or optimistic and are emotionally affected by painful experiences. They protect their calves and recognize individual humans by how the humans have treated them.
We Could See Fishless Oceans by 2048

The more I learn about all the ways animal agriculture contributes to ocean dead zones and species loss, the happier I am to be one less person contributing to the destruction of our waters. Earth’s oceans make up 90 percent of the living volume of the planet, and they’re home to more than 1 million species. Oceans also absorb up to one-third of human carbon dioxide emissions while simultaneously producing 50 percent of the oxygen we breathe. Basically, we really, really need our oceans. But according to research such as the Census of Marine Life, a decade-long international survey of ocean life completed in 2010, overfishing, climate change, and pollution are destabilizing marine environments around the globe.
The U.S. Government Kills Millions of Wild Animals to Protect the Meat Industry
Wildlife Services is a federal agency under the U.S. Department of Agriculture whose primary purpose is to kill wild animals who might threaten the meat industry—such as coyotes, wolves, and mountain lions. Since 2000, the ironically named department has relied on methods such as shooting from helicopters and airplanes, poisoning, denning (killing pups in or at their dens), trapping, and snaring to kill more than 2 million mammals and 15 million birds. Since the 1970s, Wildlife Services has also rounded up and removed thousands of wild horses from public lands—and killed hundreds of companion animals, presumably by accident.
Thanks largely to this sort of violence, scientists believe more than half of all wildlife could be extinct by 2020.
Chickens Have a Lot in Common With Companion Animals
Before I became vegan I had no idea that, if given the chance, chickens would purr just as enthusiastically as my two companion kitties. I also didn’t know what research suggests about chicken intelligence or the emotional lives of chickens. As Science Daily reported earlier this year, chickens are capable of empathy, and mother hens show a range of individual maternal personality traits, which appear to affect the behavior of their chicks. Chickens also have 24 distinct vocalizations and can reason by deduction, an ability humans typically don’t develop until age seven.
Throughout History, Human Rights Activists Have Been Veg

Like most vegans and vegetarians, I stopped eating animals for a number of solid reasons: animal cruelty, the environment, my own health, etc. But learning that some of history’s most influential human rights activists were vegans or vegetarians played a huge role in my decision to stop eating animals. Reading about those folks helped me fully understand the connection between human rights and animal rights, and their stories continue to inspire and inform my veganism today. Hopefully, their passion will encourage you to keep fighting the good fight as well.
If you still feel like you could use some extra support, no worries! Just head over to The Green Plate and check out our Vegetarian Starter Guide.
Elizabeth Enochs November 20, 2017 Uncategorized